High schools in Wisconsin have been able to retain their Native American mascots under the rule of Scott Walker, but Menomonee Falls has decided to go ahead and change the high school mascot without any nudging from the state. While it might first appear that the school is keeping the same mascot, it is, in fact, changing from a Native American Indian to an Indian from India in order to honor an upsurge in students of Asian Indian descent.

Principal Dr. Jim Coach said at a press conference, “We never had many actual American Indian students in Menomonee Falls for us to honor with the mascot name or to dress up as Chief Wampum. This move will give us more access to students to be honored by the mascot, since roughly 2% of our student body of 1500 are Indians from India, and that means at least ten kids. Maybe twenty.” Dr. Coach added, "It's pretty simple: we're going from American Indian to Indian American.

Citizens of Menomonee Falls have been disappointed for years that their mascot was not able to marginalize a greater percentage of the local minority population. However, with an influx of families from India making their homes in Waukesha County, residents of the Falls have welcomed the opportunity to ridicule the group. Important citizen Janelle Whitefolk said, “It wasn’t fun when Native American Indians got upset, since we couldn’t tell them to go back to their own country if they didn’t like it. I did tell them to head back to the Rez, which was clever, but it will be so much better when we can tell people to head back to India with other illegals.”

The school made the decision partially because so many uniforms already have the name “Indians” written on them, so nothing will have to change. The large F with a feather will be replaced with a jewel-encrusted Indian Elephant that will represent both the Indians and the strong Republican ideology in Menomonee Falls. The mascot at games will be a convenience store clerk named Ranbir (the brave warrior), hopefully played by an actual Indian (Asian or American).

The school board also hopes to acquire a sacred cow from a local farm, and the school has decided to name the cow “Darshit,” which means “To pay respect.” “I can imagine,” said Coach, “when we’re on the football field, moving the ball against Marquette, and the crowd starts screaming, ‘Dar-shit, Dar-shit!’ And the Bollywood halftime shows!” When asked for comment, local American Indian elders crossed their arms and rolled their eyes, presumably in a cultural expression of approval. 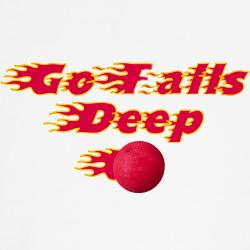