West Allis to Give Up 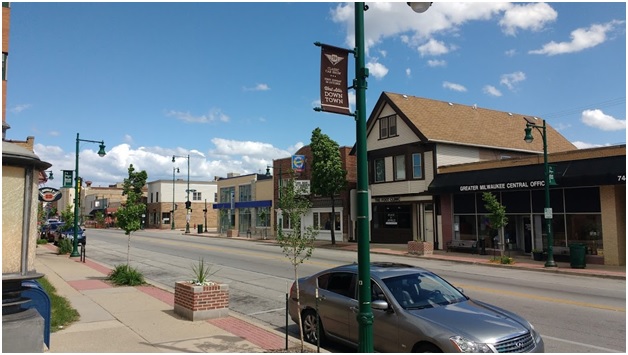 The city of West Allis, after years of trying really hard, has decided to give up. The city has been ridiculed by others for some time, and though giving up never seemed to be an option before, it recently read an article about why people give up that made all the difference. "I was just searching the internet at the West Allis Public library when I found this article about why people give up," West Allis said in a recent interview. "I identified with those same concerns, but I just didn't see a way to avoid surrendering, so I did." Here's the list of reasons people give up and why West Allis has decided to join the throngs of humans who have done the same:

1. They want the outcome more than they want to obtain a skill.

People want to get a better job without knowing how to do that job. It's easy if you have a rich uncle who owns a family business, but West Allis's richest uncle (Milwaukee) can barely keep things together. West Allis wants to be seen as a place for young couples to raise their families, but the small homes and weird neighbors are not welcoming to young professionals. "I tried building some nice, new apartments, but Milwaukee and Wauwatosa were doing the same thing, and that's where people want to be," claims West Allis.

2. They care too much about what people think (and fear judgment in failure).

West Allis gets ridiculed by the big city next to it and other suburbs alike. "You think it doesn't hurt when you say 'Dirty Stallis' or chant 'Westallions!' while your team pummels our high school team, but it does hurt. Words hurt, Brookfield," says West Allis. Back when West Allis could still win at high school sports and had industries that were not shuddered, the residents could point to the scoreboard or laugh on their walk to work, but years of judgment for perceived failure has turned into more years of judgment for actual failure. "I keep the roads plowed and the streets relatively safe, but people still think there's something wrong here," said the city.

3. They mistake failure for lessons learned.

West Allis claims that it has learned lessons over the years, like when the school system basically went bankrupt. The problem is that the lesson, even if it was learned, doesn't get enrollment up, and there's still no money. "People don't want to send their kids to our schools, then the schools blow through money faster than a North Shore patron at Heartbreakers, so now there's no money and no kids, so there's no lesson," says the inner-ring suburb. "That's failure, right?"

4. They would rather throw in the towel than pivot.

West Allis claims it has tried to pivot before, like turning the former Allis-Chalmers plant into a high-end shopping center and business park. "We couldn't help that Kmart, Dollar Tree, and Burlington didn't bring in the fancy shoppers from out of the area," argues the city. "We even call it the 'Towne Center' to make it seem fancier. The next step would be to call it the Towne Centre, but whatever. I'm done pivoting."

5. They do not have the discipline to stick with their idea long enough to see it live.

West Allis says it has stuck to the idea of an affordable community minutes from nicer communities for years. "The problem is that people still want to move on up to The Falls or West Bend or Muskego," says the towne. "Those people who move out there have nicer homes and schools, and lower taxes, and nicer air quality, and fewer problems with their neighbors, but..., aw forget it!"

6. They get distracted by what someone else is doing.

"Hell, yeah, I get distracted by all the nice amenities going in around the area while I'm stuck with Hobo and an old-ass Menards store being my main draw to residents from other areas," admits Stallis. People come here to buy used cars from stereotypical used car salesmen, and then they get those cars serviced by one of my many auto shops, and then they stop to get a drink at one of my many bars, and then they go home."

7. They don't believe in themselves enough.

"You know what, I used to believe. This was a city founded on the belief that every factory worker could live in his own home with nice built-ins and even stained-glass windows on a 45 x 120 lot, near parks and schools. It's the people who don't believe in that model anymore. They want half-acre lots and houses with usable basements and no glass on the sidewalks. If that's what it's come to, I don't want to believe!"

West Allis has said it will continue to be a city until a suitable replacement is named. It plans to become a senior-living community in Florida when that occurs.